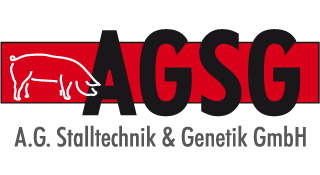 In Germany, the construction of larger piggeries in the outer region is becoming increasingly difficult. Good staff puts more value on a enjoyable workplace. Best possible animal welfare requires the combination of high animal health and behavior options. Both the environment and the people living in the vicinity of livestock barns wish minimize harmful emissions. An important aspect is also the lowest possible water consumption to save natural resources. But how can so many demands and wishes come true at once? 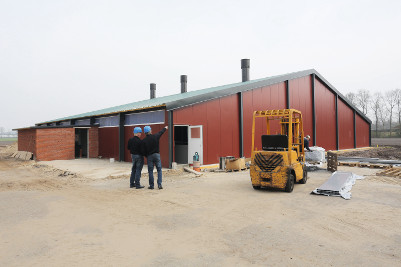 This concept was developed by the specialists of AG Stalltechnik & Genetik GmbH in Heede. This is a new total Barn Animal Husbandry concept for sows, piglets and pigs, in which several approved elements had been combined with new ones for the welfare of animals, humans and the environment.

The starting point of the concept is to avoid harmful gas emissions already at source due to the special structural constructions. Roof = Ceiling and the associated jet ventilation reduce the air temperature inside the stable, and leave as little amount of air entering the dung area. Better air quality means less stress on the respiratory organs of humans and animals, and thus a significantly lower drug use. The supplementary DLG-tested air purification protects the environment and residents.

Main elements of this concept

The animals are provided with clearly more space than legally required. The novel, fully automatic application of corn silage enable the animals to rooting, while feed intake.

The water supply comes from special water pipes and drinking nipples. These allow the animals to eat fresh in the optimal quantities within a short time. At the same time, water losses are significantly reduced by the overall system.

A few days after birth of the piglets the protective cage can be opened. Thus, the sow may be in the cooler area, set away from the warm lair. In addition, this cooler sow area moves piglets to stay in their warmer nest area. This reduces the loss of piglet, especially in the free-running situations.

The carrying sow is helped by the use of self-protection feeding-lie bays in the context of group housing at a very stress free life.

The piglets will be helped by the use of a farrowing basket. The lactating sow can move freely within the farrowing pen. The piglets get put down by litter and are also housed by litter in the piglet rearing.

The starting point is the improvement of air quality, through the use of appropriate technology for mechanical cleaning of liquid manure. Through the Roof = Ceiling construction and the so resulting large spaces the work situation improved considerably. Heat may very well rise to the top. The lighting ridge ensures an evenly distributed light, and well over 3% of the floor area. The noise-absorbing design of the ceiling allows comfortable work. Especially in the farrowing management is greatly simplified by the arrangement of all farrowing pens in one room.

The improved indoor climate benefits the people working in the operation, reduces the load on the respiratory system caused by e.g. ammonia emissions. Because the animals are healthier and more balanced, also dealing with them gets easier.

Economically, the concept saves high investments for the development of external sites. A relatively high level of acceptance in the population can be expected, which helps to reduce licensing costs significantly. The improvement of animal welfare in combination with the improvement of stable climate, especially of sows and piglets, contributes to an improvement in performance.

Special emphasis is placed on measures that productivity - and thus the economy - increase. Thus, for Example everything from food to the animals is weighed.

Reliefs are work-economically expected, as for example the bigger surface per sow is used to relieve the production management. The use of corn silage for activity and feeding purposes is automated, so that no additional work arises. The use of liquid manure systems is - despite the use of corn silage - furthermore possible because sliders are used for manure.

Improvement of enviromental and energetical situations

The use of the forage increases the value of the manure for biogas plants. Since the liquid manure is also fresh and unchanged, it can be expected to bring significantly higher energy yield in the biogas plants. 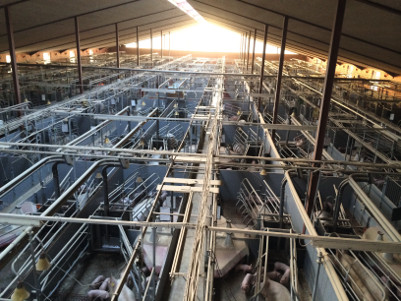 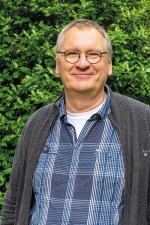 Finding qualified workers for pigsties is becoming an increasing problem.

We are happy to assist you in your search, please contact us!

We use cookies on our website. Some of them are essential for the operation of the site, while others help us to improve this site and the user experience (tracking cookies). You can decide for yourself whether you want to allow cookies or not. Please note that if you reject them, you may not be able to use all the functionalities of the site.